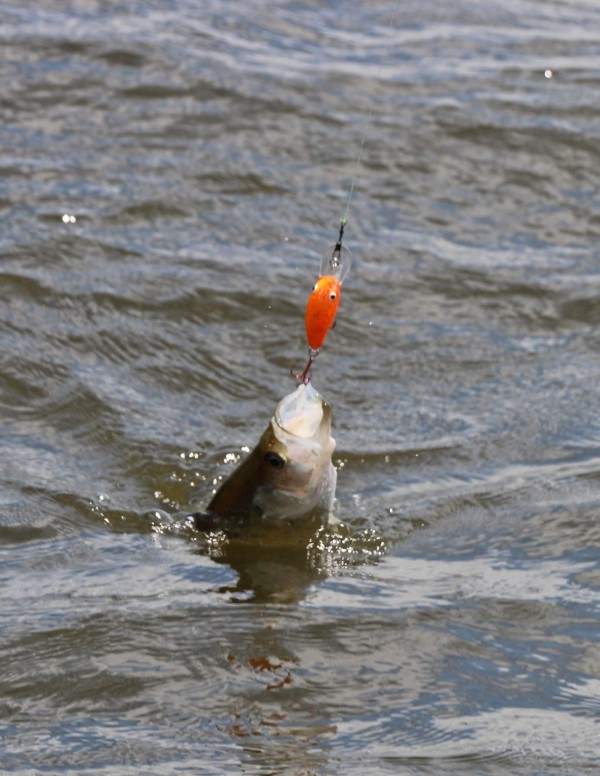 Tony Sheppard has a couple of tips for June crappie fishing. They include Jenko crankbaits, jigs, and double minnow rigs.

“One effective way to catch crappie in June is pulling Jenko crankbaits,” offered Sheppard. “Pull various colored cranks at the mouths of creeks where they come into the main river.”

“My favorite tactic, however, is slow trolling single jigs or double minnow rigs into heavy cover,” he added. “Fish along the major secondary creeks (highways) on their way back out.”

“Creeks that run from the spawning flats to the deep main river summer haunts are best,” concluded Sheppard. “The crappies use these creeks like we use highways to get  from point A to point B and that is where you can intercept them.”