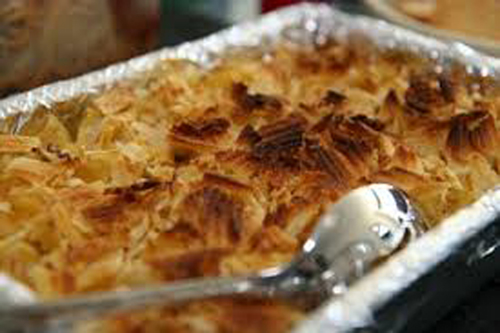 When I began cooking as an adult, my experiences with casseroles had been limited. First I thought they were just a baked mixture of foods. One day I learned what a casserole really is – the French word for saucepan; a large, deep dish used for cooking and as a serving vessel. That didn’t alter my idea of what went into a casserole.

In the United Kingdom, Australia and New Zealand, a casserole is named for its dish, rather than its contents. The ingredients can be a wide range of foods. Casseroles in these countries are very similar to stews. The difference is that once the meat and vegetables are browned on top of the stove, they are then cooked in liquid in the oven in a closed dish producing meat that is tender and juicy from long slow cooking. As the heat is indirect, there is also less chance of burning it.

A distinction can be made between casseroles and stews: stewing is a cooking process whereby heat is applied to the bottom of the cooking vessel (typically over a fire or on a stove), whereas casserole cooking is generally done in an oven to bake where heat circulates all around the cooking vessel. Casseroles may be cooked covered or uncovered, while braises are typically covered to prevent evaporation.

American style casseroles (not known as cookware) are known in other countries, but on the whole, a casserole here is a stew cooked in the oven. Casseroles usually consist of pieces of meat (such as fish, chicken, or beek), various chopped veggies, a starchy binder such as flour, potato or pasta and, often, a crunchy or cheesy topping.

Liquids are released from the meat and vegetables during cooking and further liquid in the form of stock: wine, cider or vegetable juice may be added when the dish is assembled. Our style of cooking casseroles is usually cooked slowly in the oven, often uncovered. They may be served as a main course or a side dish, and often served in the vessel in which they were cooked.

There are many types of casseroles; lasagna, shepherd’s pie, tuna, green bean… and the list goes on. You aren’t limited by ingredients, you can whip it up from your imagination.

I found this recipe by Barbara Finkley from- Grenada, MS (the town where I was born). 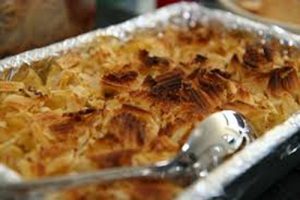 Wash fillets, pat dry with paper towel, and add salt and pepper. Place fillets in a 9×13 casserole. Pour Italian salad dressing over fillets. Cut a small onion to place on the fish and crumble potato chips or corn flakes to make a layer over the fish. Cover with foil or glass cover and bake in 400-degree oven for 30 minutes. Uncover casserole and spread on a layer of shredded cheese. Return to oven uncovered  and cook until the cheese is melted and bubbly. 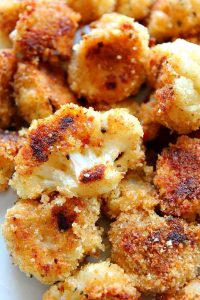 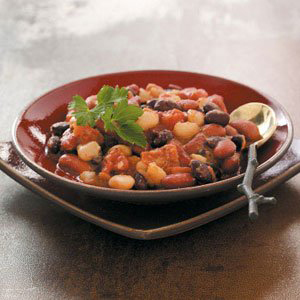