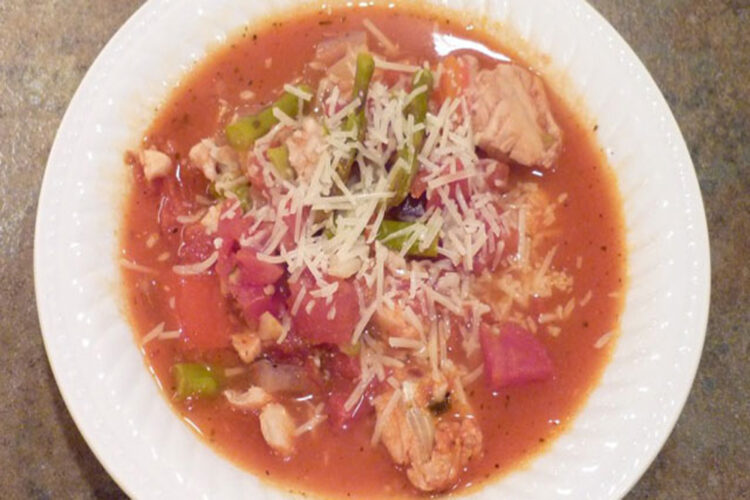 Are you familiar with capsaicin? It’s the hot stuff in peppers, not the seeds but capsaicin is present in large quantities in the placental tissue (which holds the seeds), the internal membranes and, to a lesser extent, the other fleshy parts of the peppers. The pepper is a fruit of plants in the genus Capsicum. The seeds don’t produce any heat but the highest concentration of capsaicin lies in the white pith of the inner wall where the seeds are attached.

I have a friend in Texas who is obsessed with growing and eating the hottest peppers in the world. He has discovered that they are not easy to grow. He sent me a few ghost pepper seeds but I failed to provide proper growing conditions. They didn’t germinate. Another friend gave me Serbian peppers that germinated but failed to thrive. I’ll stick to buying little healthy plants

Now why is it that some people love to get burned?

One answer may be that capsaicin gives the eater a “high”, a euphoria caused by the release of endorphins. Wikipedia says, “Folklore among self-described ‘chiliheads’ attributes this to pain-stimulated release of endorphins, a different mechanism from the local receptor overload that makes capsaicin effective as a topical analgesic. In support of this theory, there is some evidence that the effect can be blocked by naloxone and other compounds that compete for receptor sites with endorphins and opiates.”

From the Mayo Clinic web site: “Capsaicin is used to help relieve a certain type of pain known as neuralgia (shingles). Capsaicin is also used to help relieve minor pain associated with rheumatoid arthritis or muscle sprains and strains. This medicine will not cure any of these conditions. Neuralgia is a pain that comes from the nerves near the surface of your skin. This pain may occur after an infection with herpes zoster (shingles or postherpetic neuralgia). Capsaicin will help relieve the pain of postherpetic neuralgia, but it will not cure the condition.”

This accounts for the many lotions, salves and such that contain capsaicin. The American Association for Cancer Research reports studies suggesting capsaicin is able to kill prostate cancer and lung cancer cells.

The burning sensation caused by capsaicin is when it comes in contact with mucous membranes. Hot peppers are commonly used in foods products to give them added spice or heat (piquancy, sharp taste, tang, kick).

In high concentrations it will burn your skin. I can attest to that. As a four-year-old, I played on the sun porch where my Dad had pretty colorful peppers strung for drying. You can imagine that the green, red and yellow little long things would appeal to a youngster and would feel compelled to investigate followed by a lot of crying.

Mom placed me on a pallet and covering me with soothing butter. I’ve since learned that the butter technique was about the worst thing to do. Butter absorbs the capsaicin and it delayed my recovery. It took years before I would indulge in pepper pain again. But once I rediscovered them, I’ve been a fan ever since – but not to the extreme as a Texas friend who is endeavoring to grow the hottest in the world, the Carolina Reaper.

The Reaper is the hottest according to Guinness Book of World Records. It rates 2.2 million Scoville units, the degree of heat measured within a food. Jalapenos rate between 3,000 and 8,000 on the Scoville scale. To see where your favorite pepper ranks visit http://en.wikipedia.org/wiki/Scovillescale.

Now let’s put some peppers to work with crappie

Over medium heat, sauté onions and garlic in olive oil until tender in large saucepan. Add Italian seasoning and sauté for about a minute. Add bell pepper and asparagus. Continue sautéing for several minutes until tender crisp. Add diced tomatoes with juices and pour in enough V-8 juice to make the mixture like a broth (almost covering vegetable mixture or about 3 cups).

Cover and simmer for about 10 minutes. Stir in fish chunks and a tablespoon or two of crushed red pepper. Cover and simmer until fish is cooked through and vegetables are tender, about 10-15 minutes. Season with salt to taste and serve topped with shredded Parmesan. 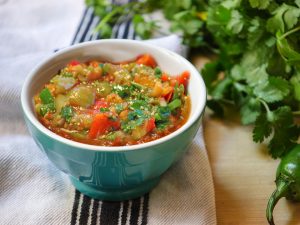 All blended to the consistency you like – fine, chunky, etc. As an alternative – all ingredients can be simmered together then blended. If peppers are smoked first or even heated in a pan a little, better flavor can be achieved. 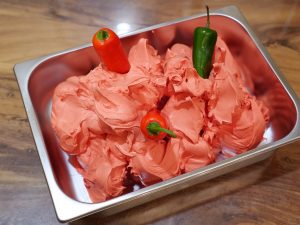 All is blended together and the fruit gives it a nice amber color and a warm surprise at the end. The ice cream helps tone the peppers down a bit.