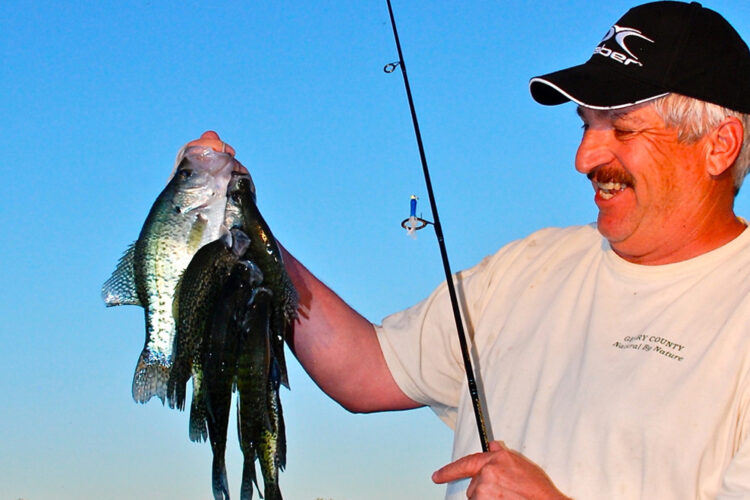 Check out these Midwest crappie hotspots

Crappie fishing on Nebraska reservoirs can be feast or famine, but just like Kansas, there has been a crappie boom following the recent years of exceptionally high water.

The extra water spurred the growth of new vegetation providing ideal spawning habitat for crappies. Those strong year classes have had a chance to grow to the point where they’re now very respectable fish.

“There are a number of reservoirs down here that are good crappie lakes,” said southwest Nebraska guide Steve Lytle, “You’ve got Red Willow, Swanson, Medicine Creek, Enders, and Elwood. They’re all good, but it depends on water levels.”

Even with all the water the West’s received this summer and fall, Nebraska water levels are still low. “Most of the reservoirs down here are still 6 to 8 feet low,” said Lytle. When conditions like that exist, crappies can be highly concentrated, but difficult to find. Once water levels rebound, crappies will again find excellent spawning conditions.

Red Willow Reservoir (1,630-acres) or Hugh Butler Lake as it is also called, in Frontier County is unfamiliar to most Great Plains crappie anglers, but it is a sleeper for producing big specs. Lytle told of catching 19–inch crappies in excess of 3 pounds from the lake. Ironically, the biggest crappies are typically not caught while targeting specks. But most crappies on Red Willow will average 10 to 12 inches.

“If I were targeting crappies specifically and want to mess for dinner, I’d use your standard 1/8- or ¼-ounce jig with a twister tail or a minnow. That combination is pretty hard to beat anywhere you fish for crappies,” said Lytle.

Utilized by Central Nebraska Irrigation & Public Power District for regulation of irrigation water, few Cornhuskers have ever heard of Elwood Reservoir. Located just south of Lexington right off US-283 in Gosper County, the reservoir is a myriad of coves, bays and clear water not commonly found in that part of Nebraska. The latest fisheries survey doesn’t even mention the reservoir’s crappies.

Steve Trybus guides on Elwood Reservoir primarily to target the reservoir’s walleyes and wipers (striper/white bass hybrid), but Mother Nature had other ideas. Lately he has been thankful he had the reservoir’s healthy population of crappies to fall back on.

Trybus would bump up to the tree, use a clamp to attach the boat to the tree, and we would then vertical jig in the treetops. If one tree didn’t produce, we move to another. There were too many treetops to fish in a year. The fishing wasn’t hot and heavy, but we are sheltered from the howling winds and enjoying the spring sunshine. A nice stringer of crappies was just a bonus.

You’d be remiss if you didn’t mention Harland Reservoir when talking about Nebraska crappies.

“During the drought a few years ago, the reservoir reached historic low levels. The vegetation that grew up on the shoreline flooded when the water came back up and we had an explosion of small crappies shortly after that. Now those fish are getting to a very respectable size,” said Silver.

“With the exception of a couple of reservoirs in western Kansas reservoirs across the state are full or overfull,” said KDWP&T fisheries biologist David Spalsbury.

The drought of a few years ago is ancient history and Kansas’ crappies populations are booming.

12,500-acre Tuttle Creek in Pottawatomie and Riley counties was at historic low levels just a couple of years ago and now with the influx of water crappie fishing should be outstanding. Crappies in excess of 2 pounds are now common.

“The vegetation that grew up on the shoreline flooded when the water came back up and we had an explosion of small crappies shortly after that. Now those fish are getting to a very respectable size.” ~ Ben Silver, Fisherman’s Corner

Another Kansas reservoir to keep an eye on is 7,000-acre Clinton Reservoir five miles west of Lawrence on Kansas Highway 10. Clinton Reservoir has very good numbers of crappies, but traditionally there are few over 10 inches. There is a 10-inch size limit on crappies on the reservoir, but with another year’s growth many of the specks should make the grade.

To take advantage of the Great Plains best crappie fishing this year you’re going to need to be mobile. If you’re willing to hitch up the trailer and hit the road there’s some great crappie action to he had.

For more information on Kansas’ crappies visit the Kansas Department of Wildlife, Parks and Tourism. 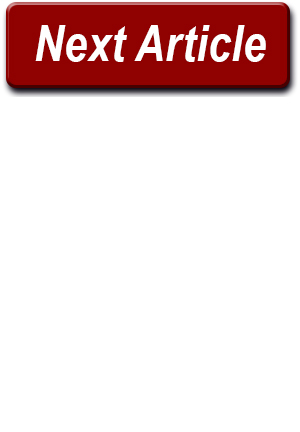