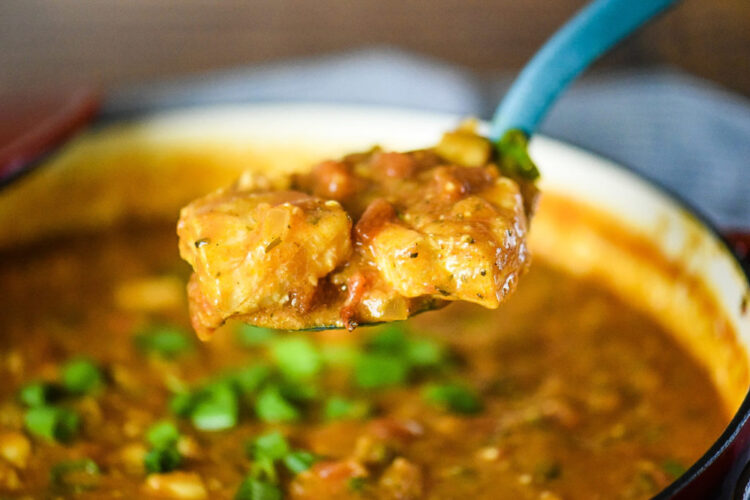 An old Roman tradition began in Southern Italy to celebrate Christmas. At Eve Tide (Christmas Eve), vigilance and abstinence were observed. Neither meat nor dairy could be consumed, but there was a catch. They could eat fish, although I’ve yet to understand why fish is not a meat.

“The Feast of Seven Fishes” became an important part of the celebration.

The repast has evolved over multi-fold generations keeping to “seven” fishes because that number is deeply rooted in ancient times and it can be connected to multiple Catholic symbols. The number seven has been reported to be repeated more than 700 times in the Catholic Bible. Also, according to the Roman Catholic Church, there are seven sacraments, seven days of Creation, as well as seven deadly sins. Hence, the seven-course meal. (If you take the five loaves and two fishes you’ve got another seven.) Typically, the Italian families gathered for the feast of seven fishes – seven different seafood dishes or two different species of fish prepared seven different ways.

Fast forward to America in the late 1800s to early1900s: Italian immigrants brought their traditional Christmas feasts with them. The great Italian fete began slowly here but today many Americans have adopted the old Italian “Feast of Seven Fishes,” however the tradition keeps evolving.

It’s not clear when the fish-feast hit the tipping point of popularity in America. What I found odd is that the seven-fishes feast is not called a “holiday feast” in neither Italy nor Sicily. There it became known as the “Grand Meal” to be served Christmas Eve. The meal further evolved in our culture from the traditional fasting and vigilance on Eve Tide to prove one’s ability to abstain from meat and dairy until the fete on Christmas Day begins. Today, the “Grand Meal”, another evolution of the old feast, is now served on Christmas Day. If you’re abstaining meat on Christmas Eve, it would be good time to fry some crappie fillets.

To further amend and evolve the fete to preparing crappie seven ways. I forgot to mention that seven are considered the minimum number of fishy dishes but some exuberant feasters serve up to 13 dishes. We’ll include three recipes here and share links to others to follow.

Heat oil in heavy skillet or wok. Cut crappie fillets into 1 1/2-inch strips. Sauté fish fillet strips and vegetables for 3 minutes. Add cornstarch, mixed with seasonings, soy sauce and stock or water. Bring to a boil for 3 minutes until thickened and hot. Serve over hot cooked rice. *If you use chicken bouillon dissolve it in 1 1/2 cups water. If you use chicken stock omit the bouillon. Serves 4.

Preheat oven to 400°F. Rinse fish and pat dry. Fold fillets in half and place them in a large, shallow baking pan. Mix Madeira and lemon juice and pour over fish. Sprinkle lightly with salt and pepper. Bake in 400°F oven for about 15 to 20 minutes until fish flakes readily with a fork (baking time varies depending upon the thickness of your fillets). Remove from oven and drain off all liquid into a measuring cup. Add enough water to make 1 cup and set aside.

Melt butter in a pan over medium heat and stir in flour, chicken granules and mustard. Cook until bubbling. Using a whisk, add reserved fish stock and whipping cream gradually. Continue stirring until thickened and bubbly (about 8 to 10 minutes). Stir in 1/2 cup of the 3/4 cup of Swiss cheese; set aside.

Squeeze moisture out of spinach and arrange on the bottom of a 1 1/2 quart casserole dish and arrange fish on top. Sprinkle with remaining Swiss cheese. Preheat oven to 450°F and reheat sauce. Spoon sauce over fish and bake 7-8 minutes. Makes 4 to 6 servings.

Sauces are an essential element in cuisines all over the world. It can be a liquid, cream or semi-solid food served on or used in preparing other foods. They are not usually consumed by themselves. They add flavor, moisture and visual appeal to other dishes. Sauce is a French word taken from Latin meaning “salted”

Whisk horseradish, mayonnaise, cider vinegar, mustard, sugar, salt and pepper in a large bowl until well blended. Add apple and onion, and fold in gently. Refrigerate for severed hours to allow the flavors to blend. Makes one cup. Serve over crappie au gratin.

Here are a few more great recipes you can find in back issue of CrappieNOW:

Fried crappie with a beer-batter coating