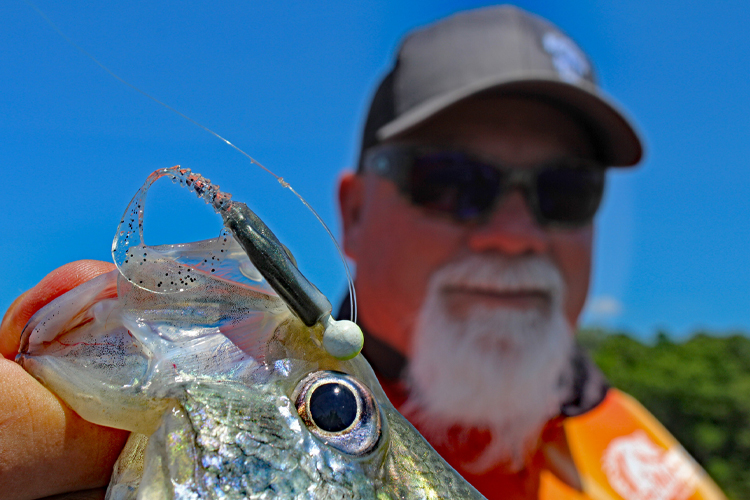 “It doesn’t always help you catch more fish but you will catch bigger fish,” ha said.

Some fishermen have expressed concerned that LiveScopes are potentially too effective and may ultimately hurt crappie fishing in some lakes.

Godwin doesn’t necessarily go that far, but he does say anglers should rethink which crappie they keep. He says larger crappie are more productive spawners and may carry better genetics.

“Crappie is manna from heaven. It’s one of the best eatin’ fish there it,” he said. “But we’re gonna have to take a page from these bass pros and start releasing these bigger fish. There’s plenty of 10-11 inchers. They’re the best-tasting anyway. Take a picture of them big ones and turn ’em loose.”

As for those who think using LiveScopes is akin to “cheating,” Godwin says with a laugh, “Don’t talk with your mouth full and Pass that tarter sauce.”