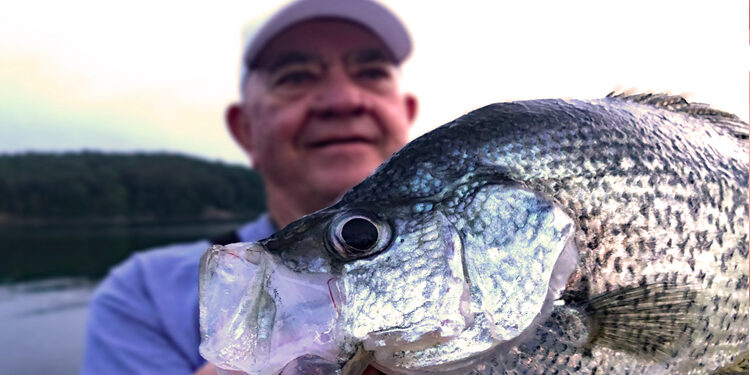 Where do crappie go in September?

It seems climate change means that cooler Fall temperatures don’t happen as early as they once did. September can often remain quite warm, if not hot!

Most folks think that means crappie remain in their same summer habits. That may be partially true, but things other than temperature often affect the habits of wild creatures – length of days, moon phases, angle of the sun and a wide variety of other factors influence their behaviors. So even if it is still hot in September, it doesn’t mean crappie aren’t thinking about Fall.

Our friends at “In-Fisherman Magazine” say crappies concentrate this time of year, as the needs of winter draw forage species closer together in predictable spots. In natural lakes and hill-land reservoirs down South, and in the flatland reservoirs of the Midwest, shad represent the primary forage. Gizzard shad move shallow, often feeding right on top. Crappies follow, often reversing the same migrational pathways they used to leave spawning areas earlier in the year.

Routes leading crappies from deep to shallow can be weedlines, cuts, troughs, channels or simply depressions in the bottom. Large shallow flats (the best often encompass several thousand square yards) are good. Large shallow flats about 2/3 of the way back into a creek arm tend to be better. If that flat has stump fields, it’s crappie paradise. Shad group in tight pods.