Inducted Into Hall of Fame

The Legends of the Outdoors Hall of Fame was established to honor the outdoor sportsmen and sportswomen who, through countless hours of hard work and devotion to the outdoors, have played an integral part in setting the standards for the rest of the outdoor world to follow.

During the Annual event, held August 21st at Bass Pro Shops in Springfield Missouri, founder Garry Mason had this to say about to the inductees with ties to CrappieNow and CatfishNow. “We at the Legends are very proud that Keith Sutton and Jack Wells are going into the Hall of Fame this year. Jack has done so much for the crappie fishing industry for many years and is now a supporter of other species too. Keith Sutton has been a premier outdoor writer for panfishing, catfishing and other species so he certainly deserves this honor.”

Jack Wells is a friend of fishermen. Not only does he put a good product into their hands to make fishing trips more enjoyable and productive, he supports the growth of fishing sports so everyone can enjoy them for years to come. BnM has been with CrappieNow and CatfishNow from day one and we appreciate his support, input and friendship. Congratulations Jack, on his well-deserved Hall of Fame Induction and to BnM as the company prepares to celebrate its 75th Anniversary in 2022. 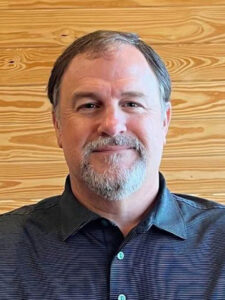 Jack is a graduate of Mississippi State University. He married and has four children. He has been at the helm of BnM Pole Company for 22 years and represents a third generation of family ownership. He has worked to expand participation in crappie fishing all over the U.S. through working with crappie clubs, tournaments and media.

BnM products are found everywhere, from the smallest bait and tackle shops to industry giants like Grizzly Jig Company and Bass Pro Shops. BnM brought higher quality products to a sport that was considered to be a straw hat, minnow bucket and cane pole group. Jake has helped develop and refine specific poles for many different techniques and continues to do so today. He has a large, knowledgeable group of pro staff fishermen who provide ideas and performs field-test on new poles. BnM has expanded into the catfish, trout, redfish and speckled trout markets.

Due to exposure to Covid, Jack was quarantined and could not make the induction ceremony. However, during an interview he said, “There is just no way to express how grateful I am to receive this award. All I’ve got to do is look at the great outdoorsmen who have been inducted before me. What an honor this is. It’s really a great validation for BnM and the BnM family. Our business success here is truly a team effort, with everyone here being involved in its building and growth.”

Keith Sutton has the rare combination of having a wildlife management degree from college, hours in woods and on the water, and the ability to put into words the feeling of being there. Throw in great tips for his readers to catch more fish, kill more ducks or just enjoy an adventure, makes his work memorable. We at CrappieNow and CatfishNow are very proud of Keith’s induction and are grateful he has been a part or our magazines.

Keith published his first article in 1978 and since that time has written thousands of articles about hunting, fishing, nature and conservation. He has been published in over a hundred different magazines including Field & Stream, In-Fisherman, Sporting Classics, Outdoor Life, Progressive Farmer and others. He has published 13 books including The Crappie Fishing Handbook. He hosted weekly ESPN2 segments and his fishing show “Roughing It” ran weekly for the same network in 2008. His “Out There” adventure column and special features have appeared continuously on ESPNoutdoors.com since 2001.

Sutton served 19 years as editor of the Arkansas Game and Fish Commission’s award-winning magazine, Arkansas Wildlife, and has served in various editorial positions with Outdoor Life, the Arkansas Democrat-Gazette, the Outdoor Channel, Cabela’s Outfitter Journal, ESPN Outdoors, Grandview Media and other companies. He served for two years as executive director of the Future Fisherman Foundation.

He currently works as Senior Vice President of Field Communications for the Arkansas Farm Bureau Federation in Little Rock.

He and wife Theresa founded C&C Outdoor Productions Inc, an Arkansas-based writing, photography, lecturing and editorial service with a large, impressive list of clients. He and Theresa have six grown sons.

“This is extraordinary. I can’t express how much this means to me to be included with the great conservationists and outdoorsmen who have been inducted. I thank my family who is here. Family is so important to me and they have been a part of this throughout the years. I thank Garry and the board for this great honor.”