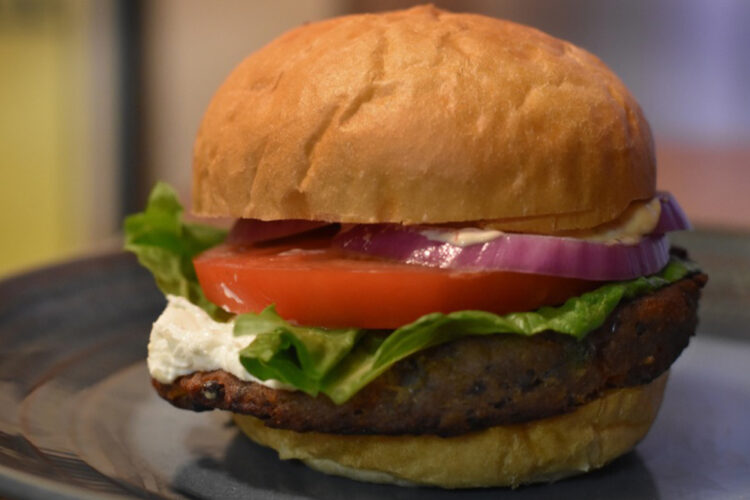 The origin of the burger may never be known but I think we can credit an angler’s wife for the creating the crappie burger. Some food historians believe that the hamburger was invented by a cook who placed a Hamburg steak (so called because its origin is from Germany) between two slices of bread in a small town in Texas, others credit the founder of White Castle for developing the “Hamburger Sandwich”, and the Library of Congress says it was Louis Lassen who invented the burger when he put scraps of ground beef between slices of bread for fast, easy eating. Lassen’s burgers are still served at Louis Lunch, a small hamburger shack in New Haven, Connecticut, where Jeff Lassen is the fourth-generation proprietor.

The first fish burger, by all accounts, was the brainchild of Cincinnati-based McDonald’s franchise owner Lou Groen. He came up with the idea when he discovered that the Catholic practice of abstaining from meat on Fridays was hurting his business. At first, McDonald’s CEO Ray Kroc hated the idea of “stinking up” the restaurant with fish. Wild-caught Alaskan Pollock lies in the buns of McDonald’s fish sandwich.

FYI: The name crappie (also spelled croppie or crappé) is derived from the Canadian French crapet, which refers to many different fishes of the sunfish family. The International Game Fish Association lists the heaviest black crappie caught by rod & reel at 5 pounds, 7 ounces caught by Lionel “Jam” Ferguson at Richeison Pond in Tennessee on May 15, 2018; and the white crappie at 5.2 pounds caught on July 31, 1957 by Fred Brigh in Water Valley, Mississippi.

Mix tarragon with mayo and lemon juice. Chill until burgers are is ready to serve.

2 lemons cut in half

Mix flour, salt and white pepper in a shallow bowl. Lightly dust each fillet with flour. Place a large heavy-based fry-pan over medium heat and add olive oil. Once it is hot, add fish and cook for 2 minutes on each side or until done. Set aside. Turn the heat to high, add a little more olive oil if needed, and once oil is smoking, add the lettuce leaves and allow them to char. Once it has some color and is glossy from the oil, remove from the pan and set it on top of the fish. Add the lemon to the pan, cut side down and turn off the heat. Leave the lemons to char. Add a layer of the mayo to buns. Add a fillet and two charred lettuce leaves. Remove the charred lemon halves, place on plates with your burgers. You can augment your crappie burger with slices of cheddar cheese, tomato and onion.

Pare the apples and cut them in half crosswise. Pick out seeds but do not core. Make a syrup of sugar, water, salt, cinnamon extract, nutmeg extract and vanilla in a large skillet and bring to a boil. Stir in the apples and simmer until tender, watching carefully, lest they get too tender.If nutmeg and cinnamon flavoring extracts are not obtainable use the same amounts of the dry spice, mix with the 1 cup sugar before adding to water.