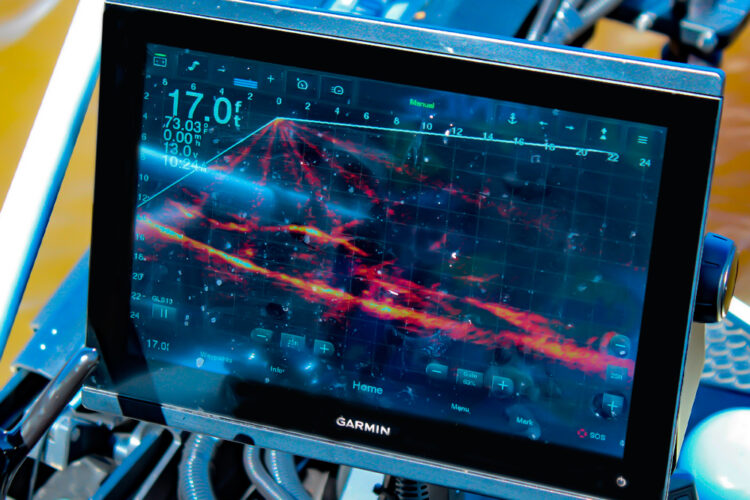 Live imaging sonar has revolutionized crappie fishing. But some anglers have a
difficult time adapting to the new style of fishing required. (Photo: Richard Simms)

More and more anglers are installing live-imaging sonar (LIS) on their boats these days. But many find out quickly that there is sometimes a steep learning curve in figuring out how to use LIS.

B’n’M pro-staffer Scott Williams says his transition to live-imaging sonar was easy for him. He bought one not long after they came out.

“It takes practice, and there’s always something else to learn,” he said. “But I watched what it would do and learned how to fish with it. It’s a fantastic tool that helps us target big fish.

“Dad is a different story,” said Williams. “He is a great fisherman but isn’t good at video games. You take away his locator and he will still find and catch fish. That’s a fisherman. Young fishermen are great at video game fishing but if their [live-imaging sonar] breaks they could not catch a mess of fish.

“I’m caught in the middle as one who grew up learning how to fish but young enough to be able to transition to [live-imaging sonar],” said Williams. “I feel sorry for the real fishermen out there who worked so hard to be good at their sport but are being left behind when it comes to tournament fishing.”

Learn more from Williams and many other crappie experts in Tim Huffman’s “Crappie Annual,” available in paperback or e-book from www.Amazon.com.