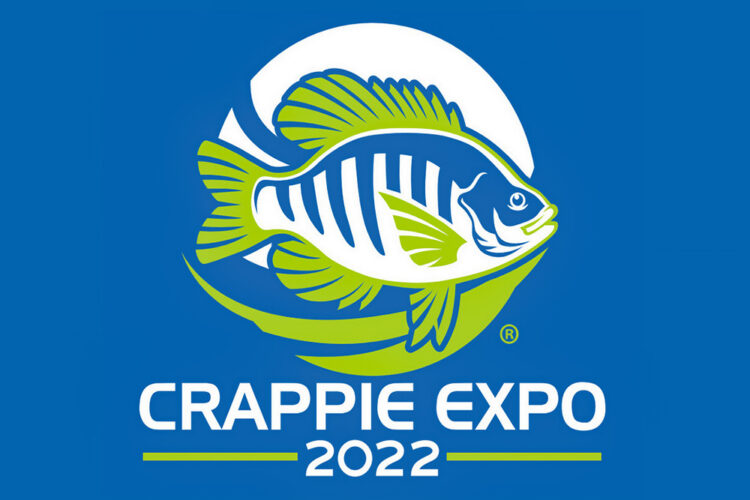 The Greatest Crappie Show on Earth

If you haven’t already done so, mark your calendars right now for October 20th – October 22 and prepare to beat feet for Branson, Missouri at the Branson Convention Center. It’s the fourth annual Crappie Expo, including manufacturers and retailers from 115 crappie-related companies from all over the U.S.A. displaying their latest and greatest crappie fishing products – along with fishing guides, seminar speakers, concert by Jason D. Williams and even the “World’s Largest Crappie Fry!”

“I’m so blessed and thankful for the industry supporting the Expo,” said Wally Marshall. “This has been a dream come true.”

Marshall, otherwise known as “Mr. Crappie,” held the first Expo in 2019. It was an excellent start and Marshall was looking forward to bigger and better things, but the COVID pandemic had other ideas.

Now, thankfully, the world is adjusting and Marshall says he expects this year’s Expo to draw 20,000 people.

The Mr. Crappie® $300,000 Invitational crappie tournament will be held October 19-21 on Table Rock Lake near Branson, with the final day’s weigh-in at the Expo. Marshall expects one hundred of the top crappie-fishing teams in America to be competing for a total $300,000 purse – the richest crappie tournament in the world.

Marshall opted to end this year’s tournament before the final day of the Expo, allowing to crappie fishing pro’s to attend the Expo and “meet and greet” with the crowd.

Marshall, 66, says 35 years ago he never even dreamed of the crappie-fishing dynasty he’s created.

He says he fished his very first crappie tournament in 1987 when he didn’t even own a boat.

“I was wade fishing against 289 other teams on Cedar Creek Lake and somehow managed to win,” said Marshall. “From there I was hooked.”

He continued fishing crappie tournaments, and winning time after time. He went to his first industry ICAST show in Las Vegas with $400 in his pocket. He garnered his first sponsor, Blakemore Lure Company, which paid him with 12 dozen Road Runners.

Promoting, speaking and guiding his way toward crappie-fishing fame, it was 1997 when Marshall struck a deal with Bass Pro Shops to create the Wally Marshall Signature Series rods and other products. He trademarked the name “Mr. Crappie®” in 1998.

After working 17 years as the Plumbing Superintendent with a large Texas school system, Marshall pulled the plug on his “real job,” devoting his life to promoting crappie fishing and crappie products.

A few years ago, he took another big risk by not renewing a lucrative contract with Bass Pro, switching instead to Lew’s.

Through it all he seemingly remains a one-man-show, continuing to build a crappie fishing dynasty and Expo. Marshall says this year his title sponsors include heavy hitters such as Ford Trucks, Lew’s, Strike King, Humminbird, Tonic Eyeware, Riceland and of course, Mr. Crappie..

“The harder I work, the luckier I get,” said Marshall.

Beginning Oct. 20, he hopes to share that luck with 20,000 crappie anglers in Branson.

Learn much more about the 2022 Crappie Expo here.

(Capt. Richard Simms is the Editor of CrappieNOW magazine as well as a “semi-retired,” fishing guide on the Tennessee River and owner of Scenic City Fishing Charters. Formerly he was a game warden for the Tennessee Wildlife Resources Agency before becoming a photographer and PR guy for TWRA. That lead to a 30-year career as a broadcast journalist and freelance outdoor writer. Check out his book, “An Outdoor State of Mind.”)