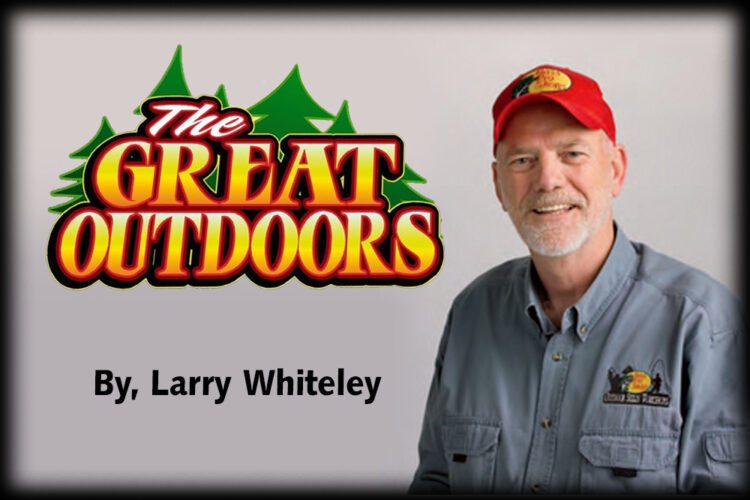 At my age, I am not into New Year’s Eve parties or staying up late to watch the ball drop in Times Square. On the first day of the new year, I get up early. I go outside and build a campfire in the fire pit. It does not matter how cold it is. If snow is falling, that is all the better.

It is best when the sky is dark. Millions of stars still fill the night sky. I hope to see a falling star so I can make a wish. The wood sizzles and pops while the dancing flames reflect in the snow. The smell of wood smoke drifts through the air. It is a quiet time. There are not many people out this early after all the parties.

I warm myself by the fire, sip my coffee, reflect back on the year that has passed, and wonder what the New Year will bring. I thank God for my wife, kids, grandkids, and friends and count my blessings. I stir the fire watching the sparks float into the air, and think of all my outdoor memories. There are many.

Then I start thinking about outdoor adventures for the coming year. Crappie fishing at places I have never been. Maybe another Canadian fishing trip. A canoe/camping adventure.  Going back to a few of my favorite National Parks would be nice. My list is long.

I look forward to many more New Year’s mornings as the good Lord allows me to sit around the campfire.

SOMETHING TO THINK ABOUT

“New year — a new chapter, new verse, or just the same old story? Ultimately, we write it. The choice is ours.” ~ Alex Morritt, Author/Poet/Lyricist

I WONDER IF AN EAGLE CRIES

I enjoy the special treat of watching an eagle when they are out fishing like I am.  Did you know the female bald eagle is slightly larger than the male? An eagle’s wingspan ranges from six to more than eight feet. They normally weigh from ten and fourteen pounds.

They have been seen flying as high as 10,000 feet. During level flight, they can achieve speeds of up to 35 mph – far faster when diving toward prey. Their beak, talons, and feathers are keratin, just like our fingernails. Wild bald eagles may live as long as thirty years. Once paired, bald eagles remain together until one dies.

The call of an eagle is said to be unlike any other sound in nature. To those in the military, it represents a call to action. Native Americans believe the sound of an eagle gives you courage and life force to overcome your obstacles and fight against your challenge.

The bald eagle became our nation’s emblem on the official seal of the United States when it was adopted in 1782. When an eagle looks down on our broken, divided America, I wonder if it bows its head and cries.