Which Line Should I Use? 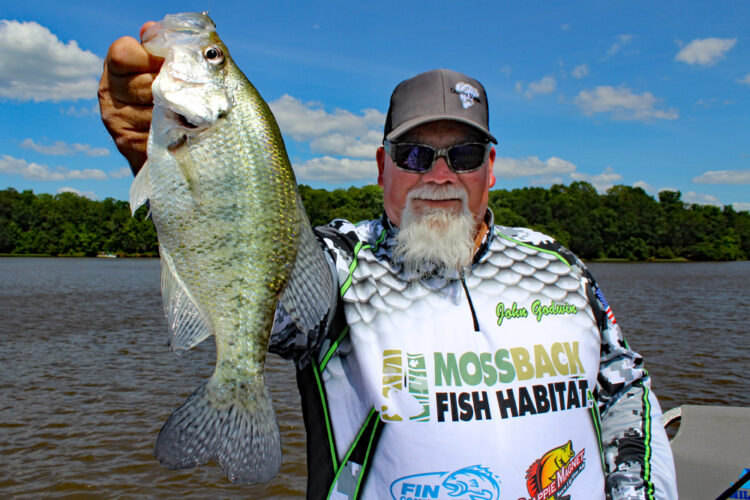 Crappie Basics: Which Line Should I Use?

Whether you’re a duck hunter or not, there is a good chance you are familiar with Duck Dynasty star, John Godwin. The Duck Dynasty reality TV show aired from 2012 to 2017. It was about a family who makes its living duck hunting and manufacturing products for duck hunters. The Robertson family was at the centerpiece of the show, but ALWAYS hovering nearby was John Godwin. The short, stubby Godwin was the quick-witted, albeit dry humor guy who always seemed to be a little goofy and a lot funny, whether he was trying to or not.

Godwin spends his work days mostly building duck calls. But nowadays he is becoming just as well known for his crappie fishing expertise. In this video Godwin helps sort out some confusion many anglers have about which fishing line to use – monofilament, braided line or fluorocarbon?

Godwin shares his take on which one works best under which circumstances.