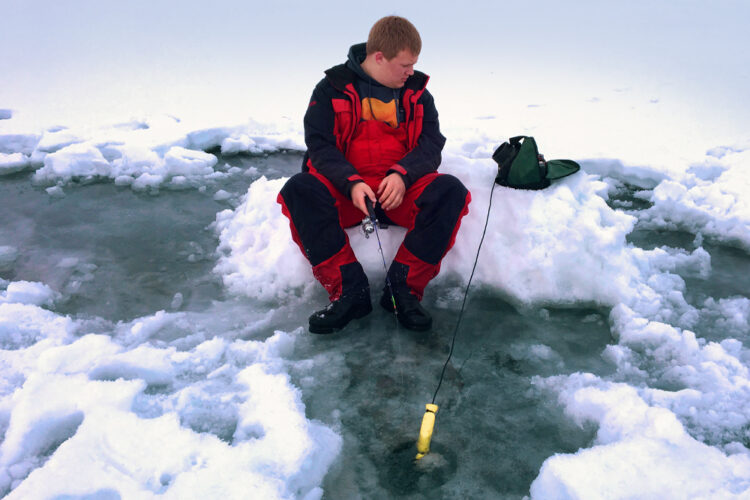 Sometimes it’s worth making yourself a comfortable seat so that you can spend the time learning how to catch fish. (Photo:Geremy Olson)

Learning to fish and live life. Working with the facts changes everything and helps create success.

WayPoint: You can hope that what you are hearing is true and that it will get you through life, or you can rely on the truth and know that it will show you the right way.

It doesn’t matter if you are fishing, working, hanging at home or living through a natural disaster, facts change everything. You may hate to admit it, but as fishermen we thrive on hear-say and rumors. It is where the hope of the next epic day comes from for many. Hear-say and rumors are the opposite of facts and never seem to get you where you want to go. When we operate on information that is not factual many things start to happen, most of them aren’t good.

The interesting thing about operating on fact or truth changes how and why we make the decisions we do and more importantly changes our perspective.

I remember a few years back being frustrated with all the pike being taken out of Lake Sakakawea by spear fishermen. The number of big pike we were catching was going down and obviously it had to be the huge number of fish being harvested by the spear chuckers.

A wise friend of mine asked me one day, “so what are the facts?”

What I realized is that I hadn’t looked. I hadn’t even tried to look for the truth. I was fine with my misinformed opinion and chose to blame someone for ruining my fishing experience based on an uninformed bad guess.

I looked into the truth and a few things changed. First, I discovered the pattern I was fishing was missing some variables. Next, I realized we give ourselves too much credit as fishermen. Like it or not, nature is bigger and more powerful than we are.

As I looked for the truth, I realized how much I didn’t know and how my ignorance promoted animosity towards others.

The next year I fished with the facts, shared the facts and even tried my hand at chucking a spear. The result was the start to the best years I could have imagined fishing for pike.

Because of this, over the last couple of years my kids and I have started revisiting lakes that “didn’t have any fish in them”. You know the ones I am talking about – the lakes that you fish and get skunked. Then you hear a report of someone catching a bunch of fish so you go back and give it another try only to get skunked again.

At this point you place a mental label on the lake that says “there’s no fish in there.”

What many of these lakes had in common was they were all crappie lakes. I know it seems humorous to anyone living south and east of North Dakota, but crappies have been really hard for us to learn how to catch. Many of the lakes that we were trying also had pike in them. The natural conclusion for many people is the pike ate all the crappies. So naturally we assumed, “there’s no crappies in the lake.”

Maybe pike are a bad fish to have in the lakes. Maybe the spear chuckers have something figured out. Let’s get rid of all the pike, then there maybe there’s a chance to catch some fish in these lakes.

Looking at the facts however brings some balance to the situations and more importantly brings the real problems or barriers to light that are keeping us from catching fish. We didn’t have faith in the facts about the lake because of our own inability to catch fish. Taking a look at the test netting numbers tells a different story.

They proved there are no crappie in the lake. The real problem is that we didn’t know how to catch them.

This winter we are in the process of revisiting the lakes we gave up on because of lack of knowledge and are learning about the crappies living in those lakes.

It doesn’t matter if we are fishing or living life, when we rely on the truth it keeps us from looking and sounding ignorant by making uninformed comments. It keeps us safe on and off the water, at home and at work. More importantly, the truth keeps us from hurting others because of our ignorance and fear that we have because of not seeking the truth.

You can hope that what you are hearing is true and that it will get you through life, or you can rely on the truth and know that it will show you the right way.

(Geremy Olson grew up in the outdoors. After being burned as a volunteer firefighter, he had to figure out how to teach outdoor skills to his children from a wheelchair while learning to walk. Today he is an inspirational speaker, Fellowship of Christian Athletes North Dakota Coordinator, ND AIM Tournament Director, Outdoorsman, Producer, Wildfire Consultant & Public Speaker (GOspeaks.live) He is also the proud father of the owners of Missouri Secrets Tackle.)