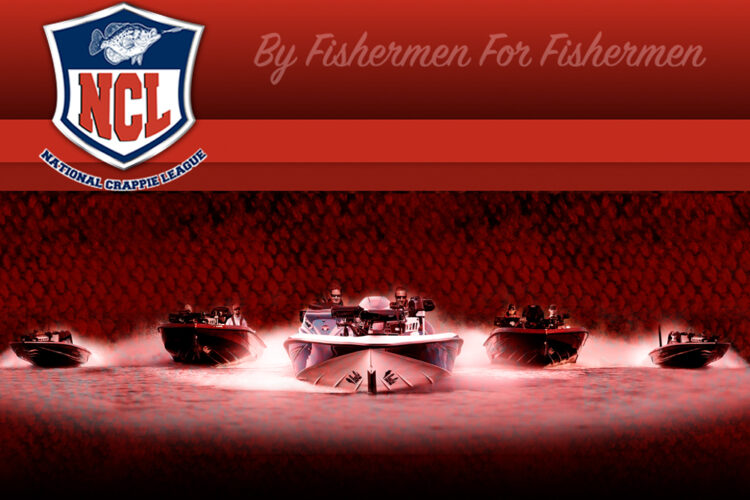 MONROE, LA — National Crappie League (NCL) adopted a format designed to promote fair competition for everyday anglers and seasoned pros where all have a chance to compete in the national championship against competitors of the same level.

NCL’s first season will begin in 2023 with two tournaments: Division 1 and Open Division. Unlike some other tournament trails where teams can weigh-in seven crappie, only five live crappie will be allowed to be weighed in at NCL tournaments where a minimum of 100 percent payback is guaranteed.

NCL aims to develop a national presence over time by establishing relationships with local tourism associations and national sponsors while prioritizing a return on investment for these contributors.

Division 1 tournaments are open to those who have not placed top five in a tournament in the past two years nor have won $5,000 or more at any professional crappie trail. Fishing guides will not be eligible to compete in Division 1. A minimum $10,000 payback is guaranteed at Division 1 events.

Alternatively, all anglers are eligible to compete in NCL’s Open Division regardless of their previous placements and money earned. The Open Division tournaments will last two days and guarantee a minimum $20,000 payback. The highest-placing senior, adult/youth, and male/female teams will be awarded at each event. The national championship will be held in the spring of each year, beginning in 2024.

Chris Fuller is the owner of NCL along with partner Jeremy Mattingly. Fuller was a previous owner of a national trail and has business expertise in the auto industry. He has assembled an experienced team of anglers to lead NCL’s efforts alongside Mattingly who is best known as the host for On the Hook TV and the owner of Crappie Monster. Mattingly is the Tournament Director and will be the MC for all NCL divisions.

The Director of Sales, Paul Alpers, brings a copious amount of experience in crappie tournaments. His notable experience includes being the Sales Director and Tournament Director of Cabela’s CUSA and then owner of the Bass Pro Shops Crappie Masters tournament trail. Bobby Brown will offer support as NCL’s Digital Graphics and Tournament Assistant — he brings over 14 years of industry experience to the table. Combined, this team’s experience competing on the water and behind the scenes characterizes this tournament trail as an organization created by fishermen, for fishermen.

“Our goal is to support and promote crappie fishing anglers, sponsors, and local lake communities where tournaments are held,” Chris Fuller. “We want to do things right and we want to become a true national trail.”

NCL will be a highly competitive tournament trail with opportunities for anglers of all skill levels. Select tournaments will be filmed by Replay Media Group and televised on the Pursuit Channel, potentially reaching over 42 million viewers. Television coverage will include tournament coverage, tips from fishermen, sponsor coverage, and local tourism coverage. Additionally, Knowledge Management Solutions, Inc., publisher of CrappieNOW and CatfishNOW, will manage all social media content to keep fans, sponsors and anglers informed and entertained.

CrappieNOW Publisher Dan Dannenmueller said, “We wish the best of luck to the new NCL team and participants. CrappieNOW wholly supports anyone seeking to further the opportunities and interest in crappie fishing specifically, and the outdoors/fishing arena as a whole.”

Visit NationalCrappieLeague.com and submit your information to be notified of the website launch.