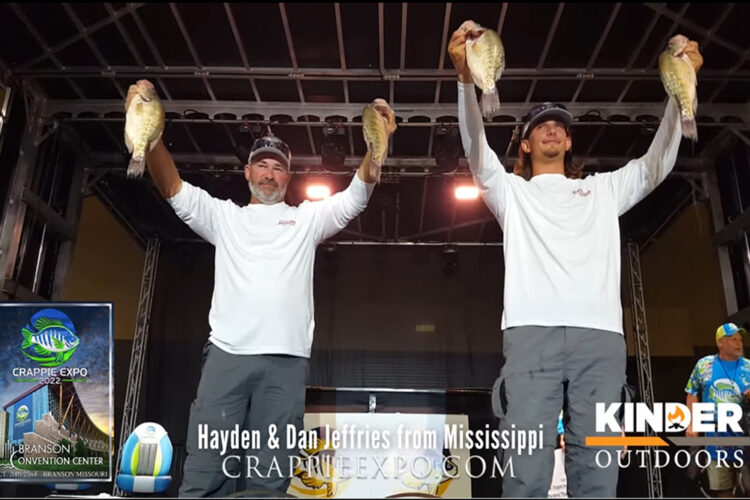 BRANSON, MO – With a total purse of $300,000, and a first-place prize of $100,000, the 2022 Crappie Expo Invitational on Table Rock Lake was billed as the richest crappie tournament ever held. Continuing their dominance in the professional crappie fishing world, the father-son team of Dan and Hayden Jeffries took home the huge check.

The Mr.Crappie® Invitational was held October 19th thru 21st 2022 as part of the world-famous Wally Marshall Crappie Expo.

During the three-day tournament, Team Jeffries brought a limit of 21 crappie to the scales that weighed 34.88 pounds. Watch the exciting final weigh-in here:

Young Hayden Jeffries has become one of the most accomplished live-imaging sonar anglers on the professional crappie circuit. Earlier this year he told CrappieNOW writer Bernard Williams, “I enjoy making memories with my Dad. My main goal is to somehow fish for a living. Once I finish college – I’m in my final semester – I plan to fish all of the major trails and start my guide service.”