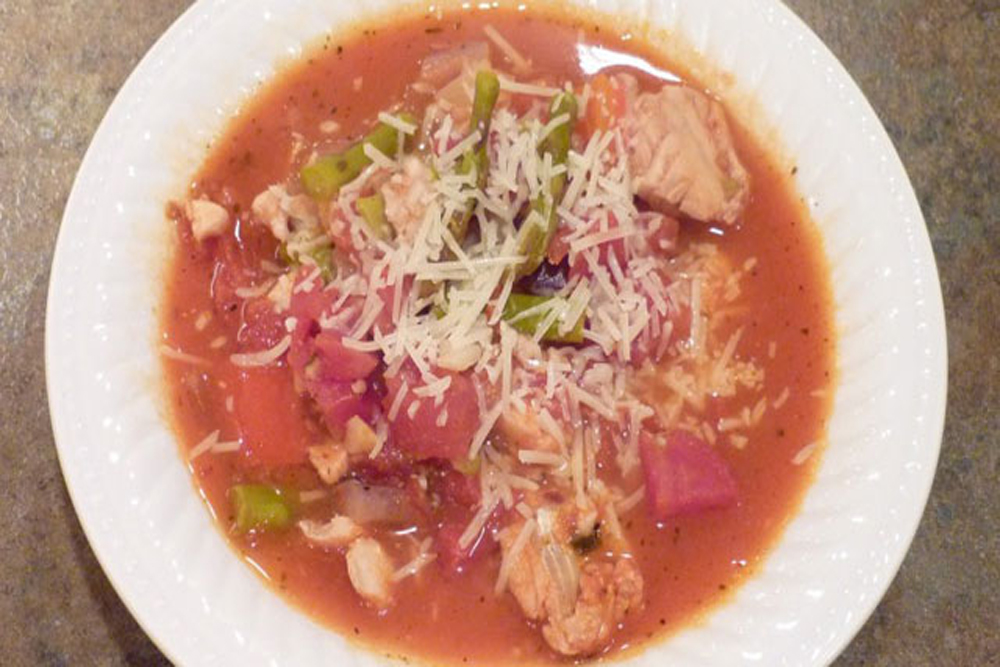 Drop it like it’s hot by Vernon Summerlin Are you familiar with capsaicin? It’s the hot stuff in peppers, not the seeds but capsaicin is present in large quantities in the placental tissue (which holds the seeds), the internal membranes and, to a lesser extent, the other fleshy parts of the peppers. The pepper is […]

FISHING FOR TURKEYS If you’re a turkey hunter, while you are out fishing this spring, you can also scout for turkeys. Have a topographical, Corp of Engineers or maybe TVA map of the lake on your smart phone to mark any turkey sightings or sounds. I like to use the same onX app I use […]

by Scott Mackenthun Inexperienced crappie anglers, especially kids, often don’t realize there are two species of crappie – black crappie and white crappie. If you’re not familiar with them, on a quick glance you may not see the difference. Sometimes even experienced anglers think the primary difference is actually the color – black versus white. […]

by Richard Simms For crappie anglers, setting up your rod holders are limited only by your own imagination. Every boat and every style of fishing introduces new variables. But CrappieNOW Editor Richard Simms (also an East Tennessee seasonal crappie guide) shares the set-up he has successfully used for decades. Of course, whether he is catfishing […]

Take the time to identify what those around you need and help them out even if it’s as simple as putting a worm on a hook.  Photo by: Geremy Olson   Waypoints: Good Intentions When you act, your integrity holds you to your word and lives are changed. by Geremy Olson WayPoint: When you start […]

In the Spotlight: Roger Gant

Roger Gant – Take a look at his side-pulling technique, highlights and a few personal tidbits by Tim Huffman Roger Gant’s resume includes guide, business owner and competitive tournament fisherman. His Pro Guide Service targets Pickwick and nearby lakes. He is known for side pulling, a technique he made famous when featured on television shows […] 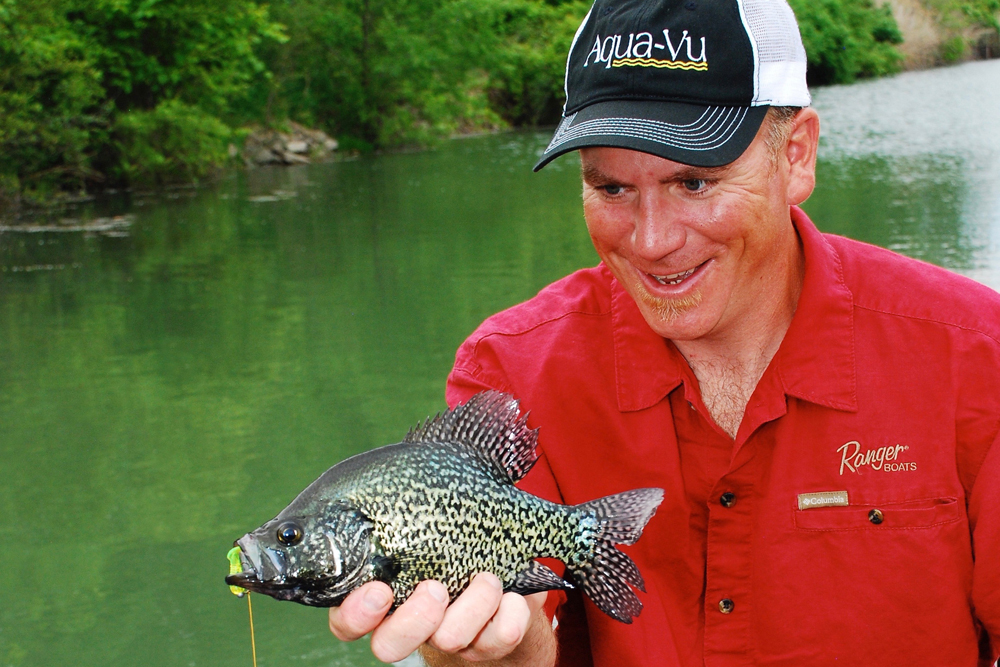 Even in Michigan, crappie put on their tuxedos for the spring spawn. Joe Balog caught this dark male crappie fishing with a tiny jig and flipping it under boat docks.  (Photo: Mike Gnatkowski)   Michigan Spring Crappie Outlook In a land where walleye, smallmouth and muskies rule, many anglers are missing out on some crappie […] 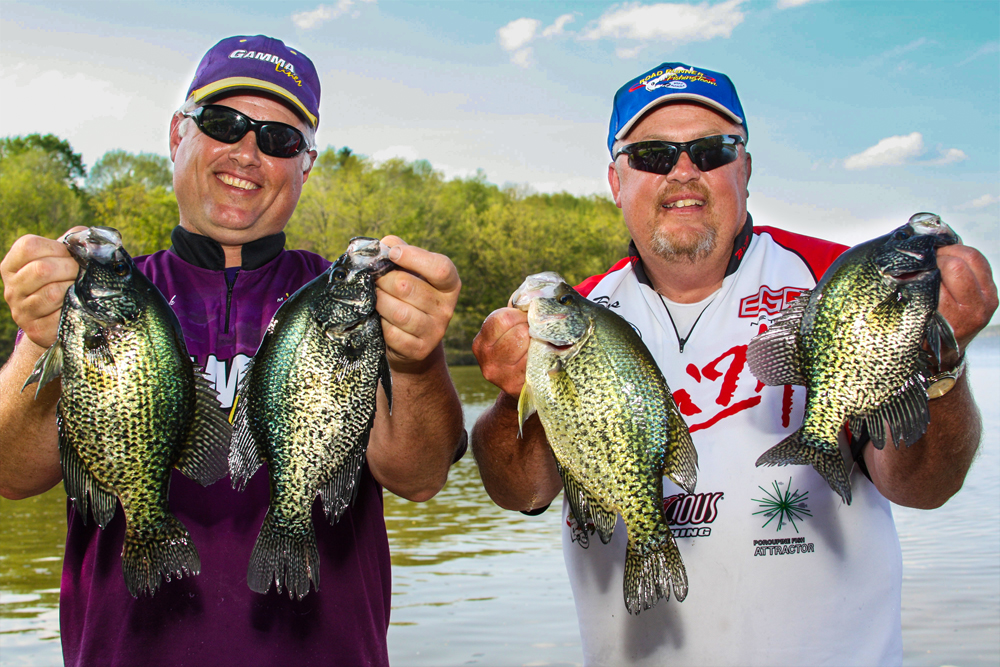 Pymatuning black crappies caught during the spawn period from the edge of a milfoil bed.   An interesting fish-hold structure at Shenango is the submerged canal towpath. Double Down on Crappies by Darl Black Pennsylvania’s 13,500-acre Pymatuning Lake has maintained a reputation for well over half a century as the best crappie lake in the […] 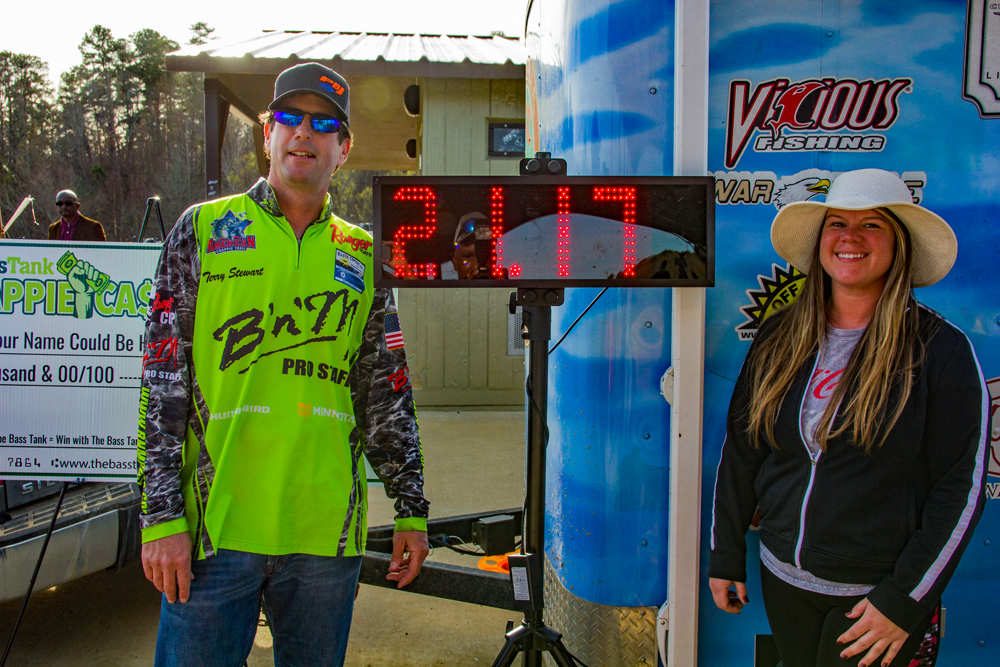 Do bladed jig heads get more bites? by Tim Huffman Plain jig heads or bladed jig heads – what’s your preference? Mr. Crappie, Wally Marshall, says, “For 25 years I’ve used a blade for crappie. I fish a lot of murky water and the blade vibration gives more bites even when vertical jigging. It helps […] 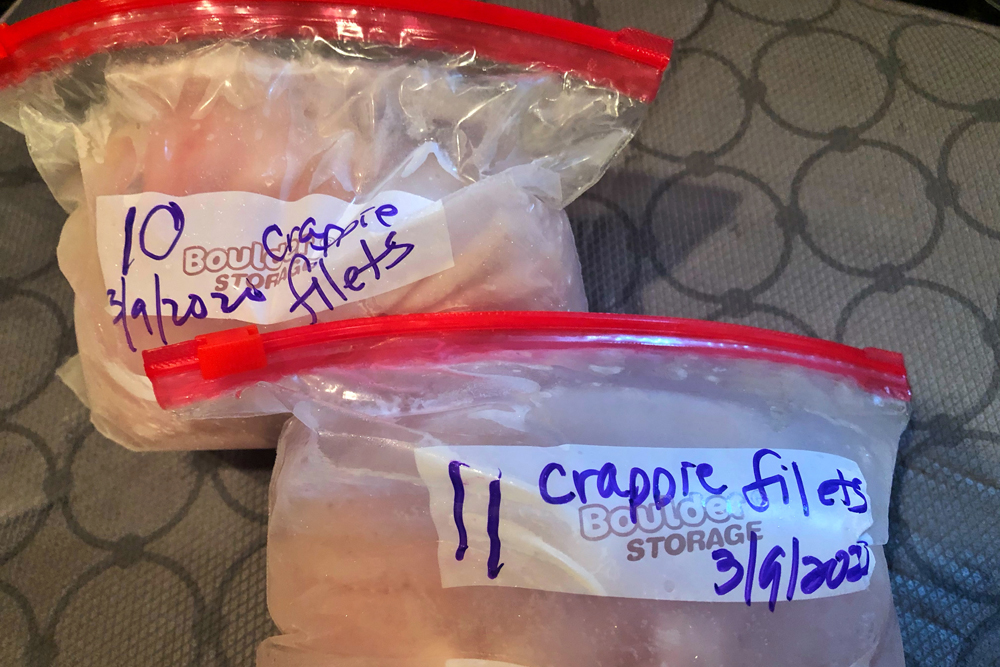 You worked hard to catch those crappie. A little work is also required to insure the best eating by Tim Huffman First, it is no secret among crappie anglers that your fish always taste best when cooked fresh, before they are ever frozen. We also know, however, that’s not always possible. What do you need […]

It’s time to long-line by Richard Simms Most anglers who have crappie fished for a while know that the pre-spawn period is a great time for long-line trolling – putting multiple lines in the water and slowly moving along. During the pre-spawn crappie often don’t orient to structure. Instead they are basically migrating from deeper […] 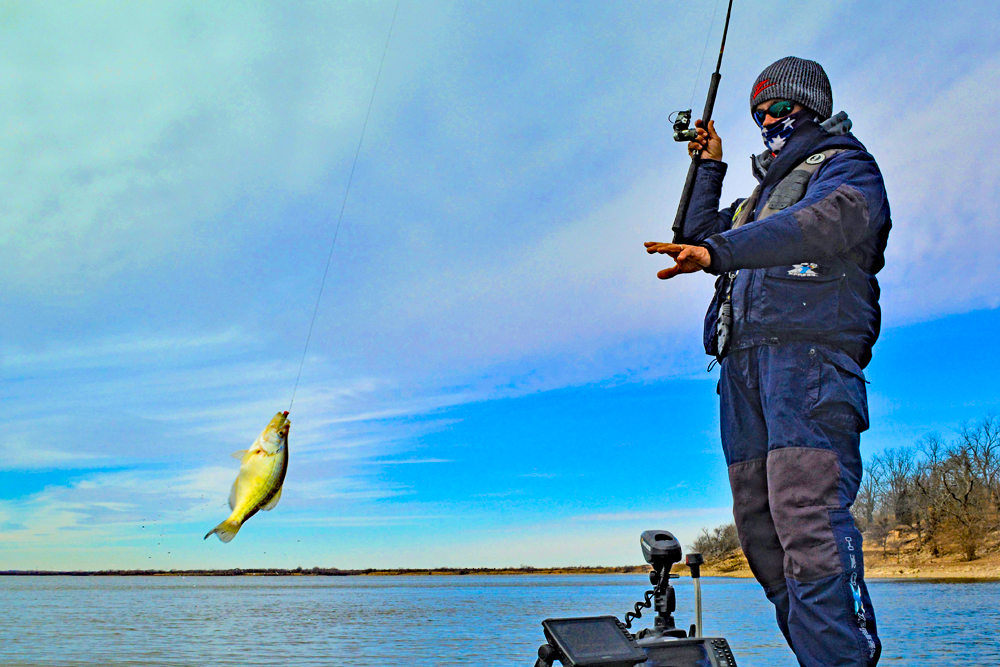 Joe Bragg got a sneak peak of what spring will bring by catching limits of crappies on Kansas reservoirs such as Melvern.  Photo: Brent Frazee Boom Times for Kansas Crappie High water kept Kansas fishermen off reservoirs in 2019, but that flooding was a blessing in disguise. by Brent Frazee Short-term pain, long-term gain. That […]